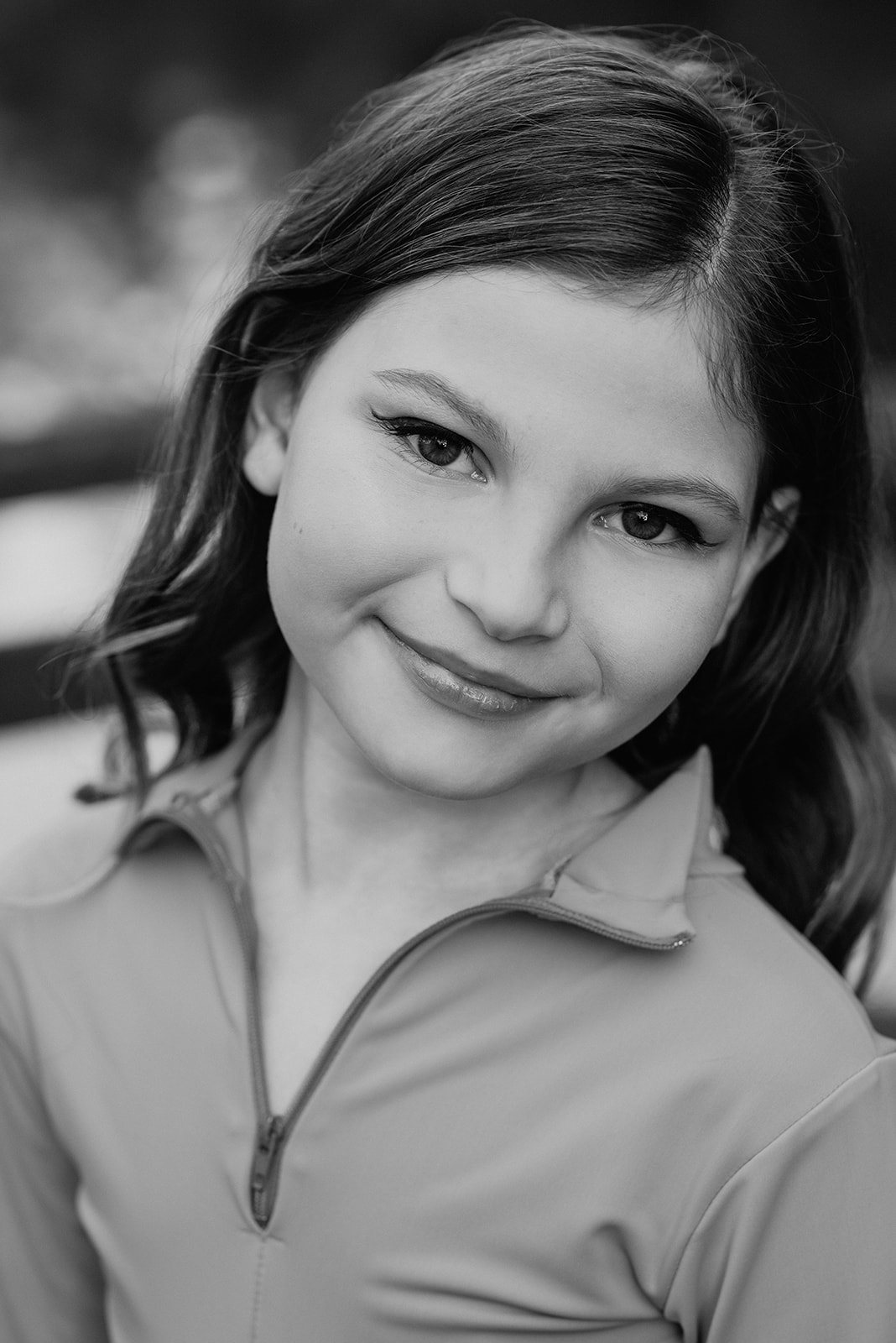 Alie began her dance training with Kirkwood Academy of the Performing Arts in the spring of 2022 and is thrilled to already have been given the opportunity to dance in the KAPP program and with NCB Petite. She loves all dance forms, but is especially enjoying classical ballet and contemporary ballet. In her spare time, you will find Alie singing, dancing, swimming and especially crafting. Alie loves cats, karate and everything artsy. Alie is super excited about dancing in the Season 7 NCB production in the spring of 2023.
Alie 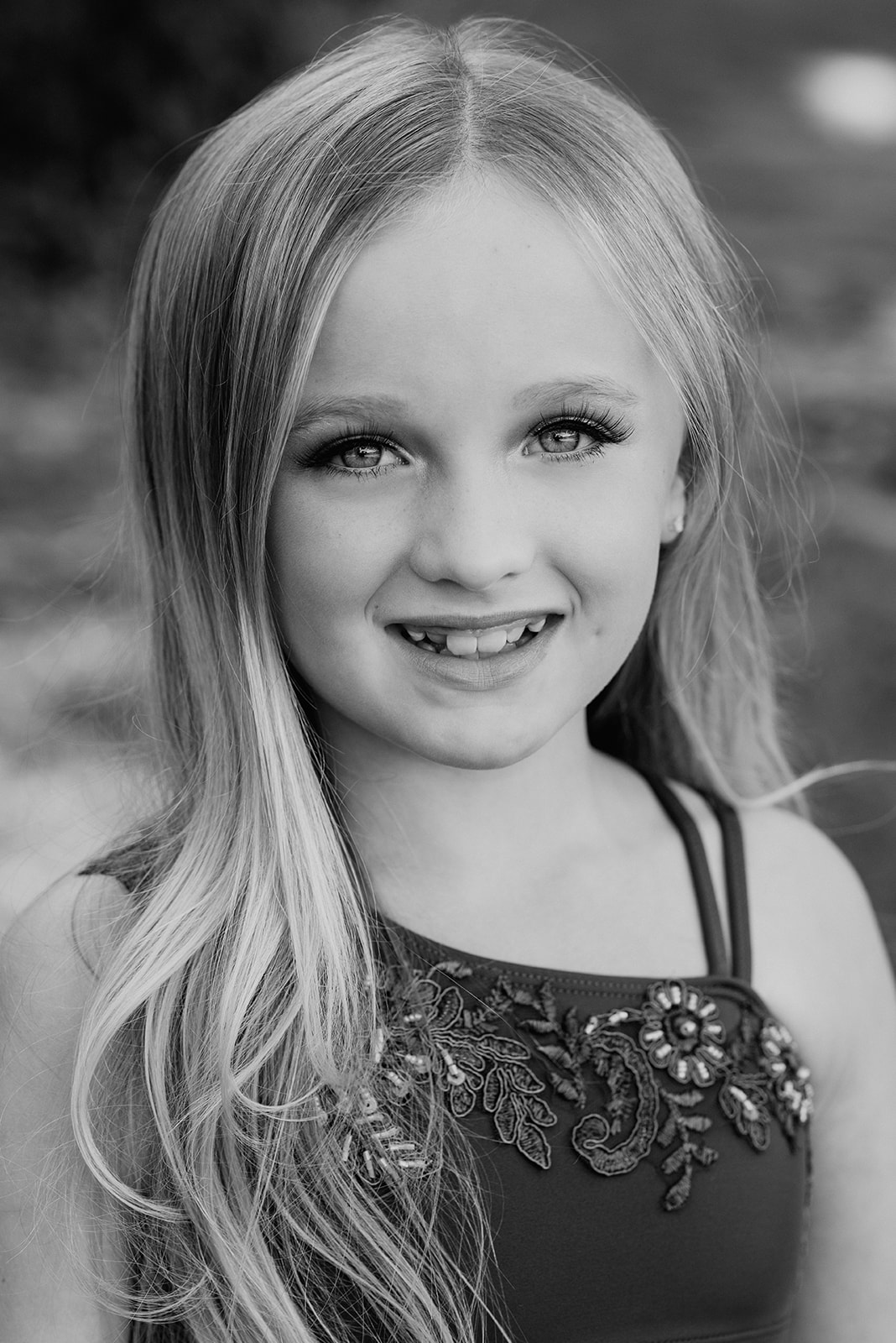 Callia has a vivacious spirit and a deep love for dance which has led her to NCB. She is a little fashionista and if she could dress up and wear high heels to dance class she would ! She has been dancing at Kirkwood Academy of Performing Arts in the Pre-Professional Program since she was very little, and enjoys all styles of dance. Callia sees the studio as her second home and is grateful for her dance family.
Callia

Delaney Delves started dancing at the age of 3 and her love of it has only grown. Her favourite thing about dance is using the music to express herself. She’s excited to expand her contemporary ballet skills this year at NCB and further explore the artistic and creative side of dance with this amazing group of dancers.
Delaney

Ella started dancing at the age of 2 at Kirkwood Academy of Performing Arts in Nanaimo BC, and each year her love of the art form grows stronger. She loves all styles of dance, especially ballet. Ella is very excited to grow as a dancer in the NCB Petite program and looks forward to performing in the NCB Season 7 production in April 2023.
Ella

Finley Kovacs learned to crawl, walk and now dance in the halls and studio of Kirkwood Academy of Performing Arts. Before she could dance herself, she was on the side lines of rehearsals watching her siblings dance to the music of Coppelia and the Nutcracker suite. When she was old enough to take a ballet class herself, she started in the little pinkie class and has never taken a season off since. Fin is in her 3rd year in the Kirkwood Academy of Arts pre-professional program. There she has grown in all forms of dance but focuses on her first love – classical ballet. Fin has done many festivals and competitions across Vancouver Islands and awarded many scholarships along the way. She was given invitation to attend Synergy provincials in 2022 for her classical Ballet solo. In 2019, Fin was cast as the party mouse for Kirkwood Academy Nutcracker production. Fin has a very warm and lovely presence on stage that invites audiences to see her creative and spunky personality. When not in the studio Fin loves to draw, make puppet shows with her siblings and create amazing stories with drawings for her ballet teachers and younger sister to enjoy. Fin got a small taste of NCB company last season as a featured artist in the production of Clockwork. She is looking forward to a season of growth and development, exploring contemporary Ballet alongside many friends at NCB petites.

Hannah’s love of dance began at the age of 2. She has been training with Kirkwood Academy for the last 8 years and is entering her second season of the Pre-Professional Program. Some highlights for Hannah over the years have been dancing in Kirkwood’s production of the Nutcracker in 2019, attending the Nuvo dance convention in 2021, the many year-end shows and festivals over the years, and most of all the friendships she has made along the way. Hannah is excited for the opportunity to learn, grow and express herself with NCB Petite!
Hannah 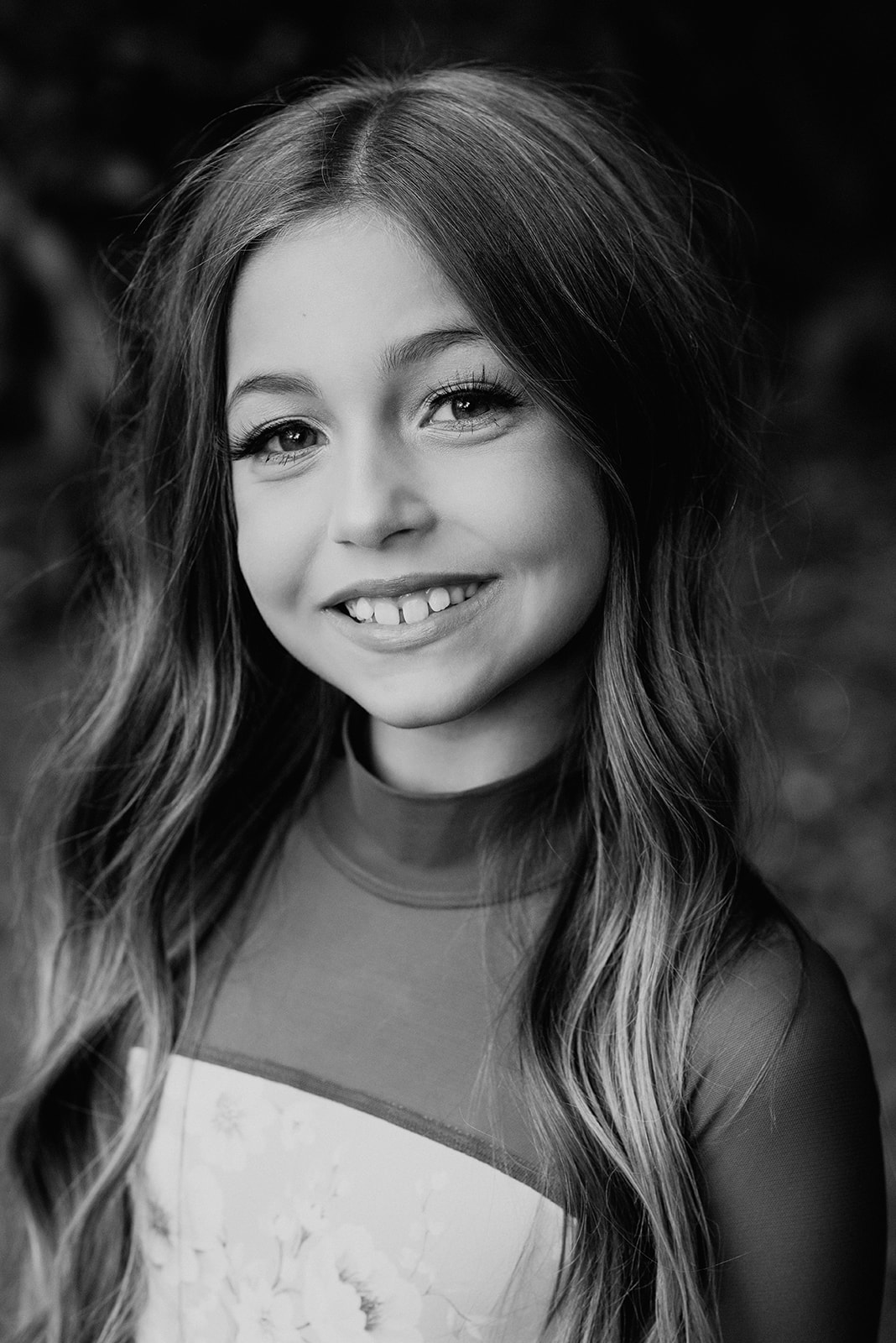 Harper is a very enthusiastic 9 year old who’s love of dance began at the age of 3. Dance classes were a must as she was always prancing about the house. At 7 years old she joined Kirkwood Academy’s Pre-Professional Program (KAPP). She has participated in many genres of dance including Ballet, Jazz, Modern, Tap, Lyrical, and Modern Stage. The style she most enjoys is Ballet.

Harper has been very fortunate to train under the guidance of Chantelle Ristine and Carolé Martyn. She most recently won Top Mini Dancer 2022 in Synergy’s Provincial Finals. Harper participated in Kirkwood’s stage production of The Nutcracker in 2019 with the role of Mini Rat Queen. After experiencing a taste of NCB’s summer intensive, Harper is very excited to be engaging in such a diverse company.

Harper also loves to ride her dirt bike, as well as mountain bike. She enjoys spending time outdoors and puts immense passion into anything she does. 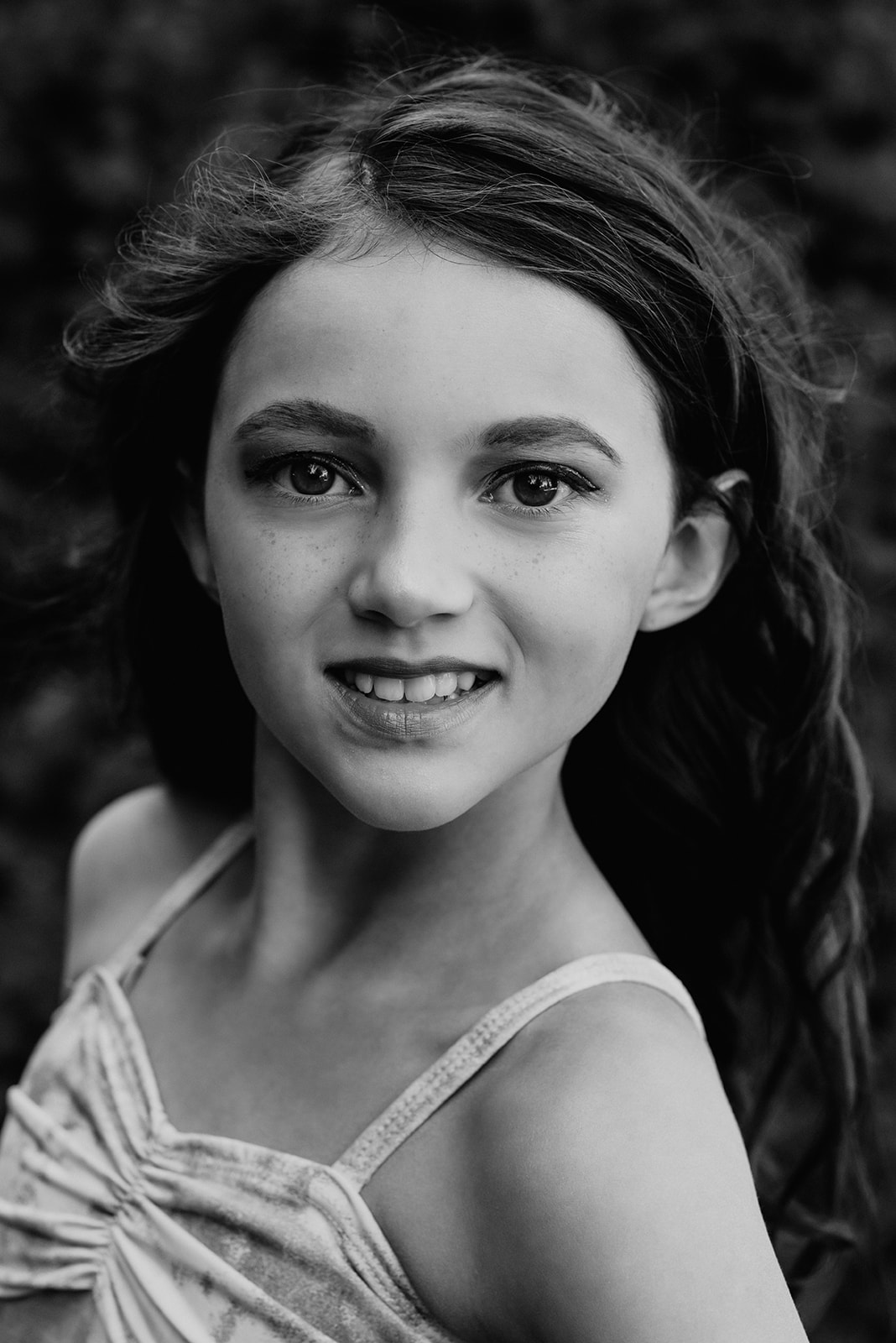 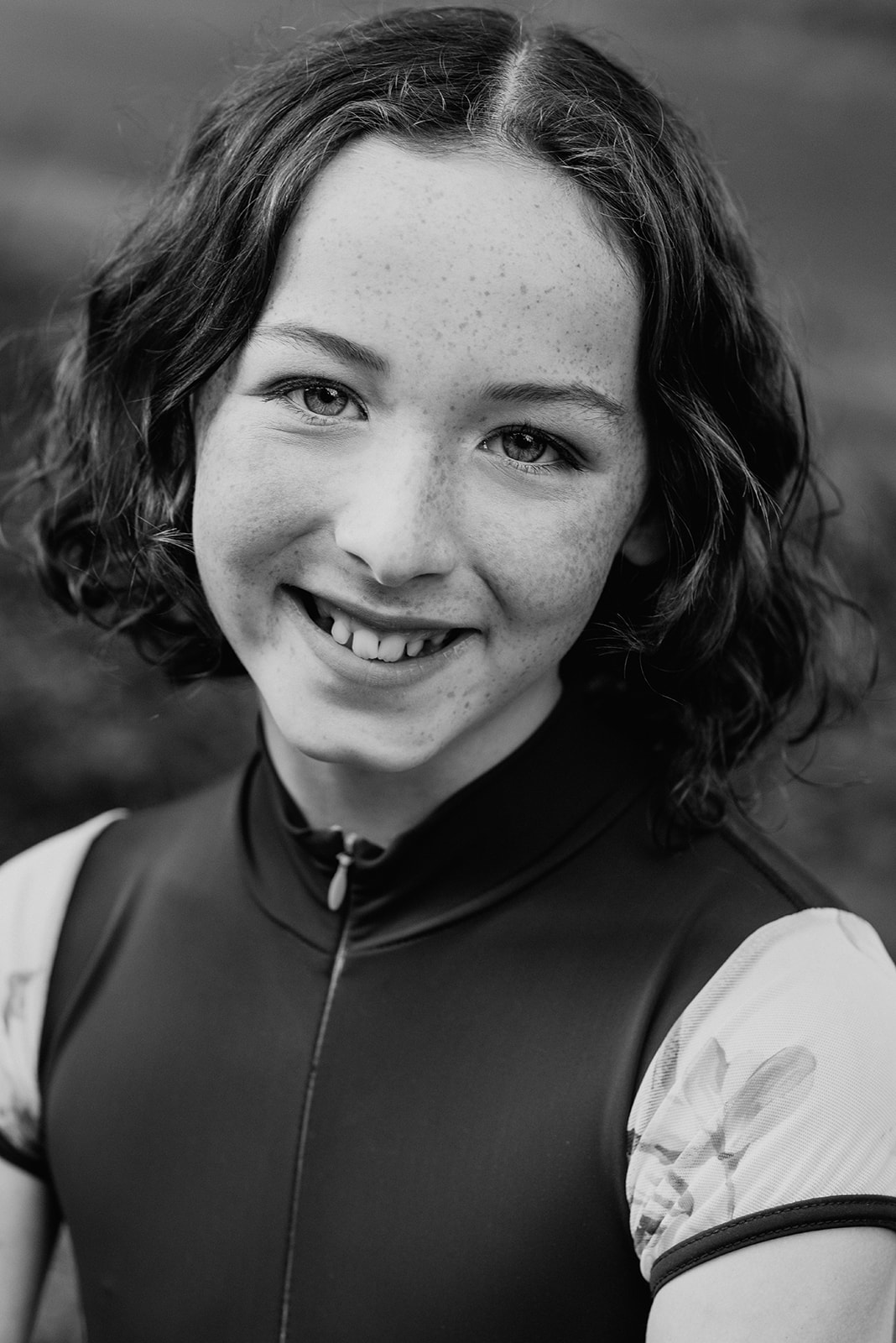 Owen started his pre-professional training in 2018 with Kirkwood Academy of Performing Arts. He is known for his flexibility and passion for the art of dance. In 2019 Owen played the role of Fritz in the Nutcracker alongside Matthew Cluff of Les Grands Ballet Canadiens. He loves contemporary and contemporary ballet and is greatly looking forward to learning more about the style this year at NCB. Owen hopes to become a professional dancer in the future, however, he is also open to becoming a photographer or costume designer.
Owen